For foreign companies performing contracts in Austria, the distinction between „hiring out“ of workers and a works contract is essential: the legal relationship between contracting party and (sub-)contractor involves fewer administrative obligations and liabilities for the contracting party than the „hiring out“.

In important precedents the European Court of Justice (18 June 2017, C- 585/13, Martin Meat) and the Austrian Supreme Administrative Court (22 August 2016, Ra 2017/11/0068) ruled on the fundamental and legally relevant subject matters for the distinction between works contract and „hiring out“.

For this distinction, essential matter is

Due to the considerable fines and the related legal consequences – for instance in the context of participation in public tenders – any case should be accurately legally assessed in accordance with the recent case law. This may lead to a suspension of administrative penalty proceedings or at least a reduction of the fines. 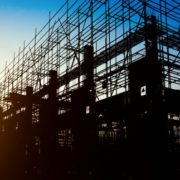 Documentation requirements according to LSD-BG: EuGH Maksimovic and “Implementation” in Austria
BREXIT – residence permit for affected British nationals and their family...

Documentation requirements according to LSD-BG: EuGH Maksimovic and “Implementation”...
BREXIT – residence permit for affected British nationals and their family...

Documentation requirements according to LSD-BG: EuGH Maksimovic and “Implementation”... Scroll to top