The administrative COVID19-measures implemented by the Austrian Minister of Health (BGBl II 96/2020) severely affect commercial activities in Austria and may justify compensation claims by enterprises operating in Austria.

Trade companies affected by the Directive ref. temporary measures for the prevention of spreading of COVID-19, Federal Gazette II 96/2020, in its consolidated version, e.g. by the shutdown of their shops and sales premises, are immediately afflicted by this directive for the duration of its legal force. The directive infringes on their constitutional right of free commercial activity and equality. As long as this directive is in force, they may challenge the directive at the Austrian Constitutional Court („Verfassungsgerichtshof“, short: „VfGH“) via individual application of annulment. The legal requirements for such an application are the following:

Especially the second requirement (validity at the time of the decision of the Constitutional Court) is critical. Most likely, the issuing authority of directives on COVID19-measures, i.e. the Minister of Social Affairs, Health Care and Consumer Protection, will suspend the directive as soon as the pressure by the economy has become strong enough.

Proceedings for Annulment of COVID19-Directives before the Austrian Constitutional Court

The Austrian Constitutional Court regularly treats applications for annulment with high priority, hearing cases in one of its next plenary sessions. In this case, this would most likely be in June („summer session“) or September („autumn session“). However, it is unlikely that the Directive ref. temporary measures for the prevention of spreading of COVID19 will still be in force by this time. Only in very exceptional cases the Constitutional Court has ruled on annulment applications and assumed actual and immediate affliction of the applicant restrospectively. The retroactivity would have to be analysed on a case-by-case basis.

If your company is afflicted by COVID19-measures and you wish to enforce damage claims against the Austrian Federal State, please contact my office. Our office is regularly involved in cases of administrative economic law, constitutional and commercial law. Further, we also advise and represent in reparation and compensation cases.

We will gladly advise and assist you with the enforcement of your claims as company afflicted by the directive on measures to prevent the spreading of COVID19 by the Austrian Minister of Health!

Please contact us if you wish us to assess the chances of success of a court action! 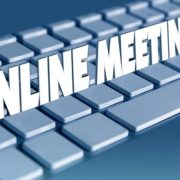 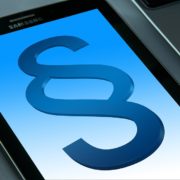 Business hours during COVID-19 pandemic
Facilitations in the award of Austrian citizenship to victims of the Nazi regime...

short holiday
Facilitations in the award of Austrian citizenship to victims of the Nazi regime...